Let's get you enrolled. Please confirm you've completed the prerequisite Certificate III in Fitness course in order to proceed. 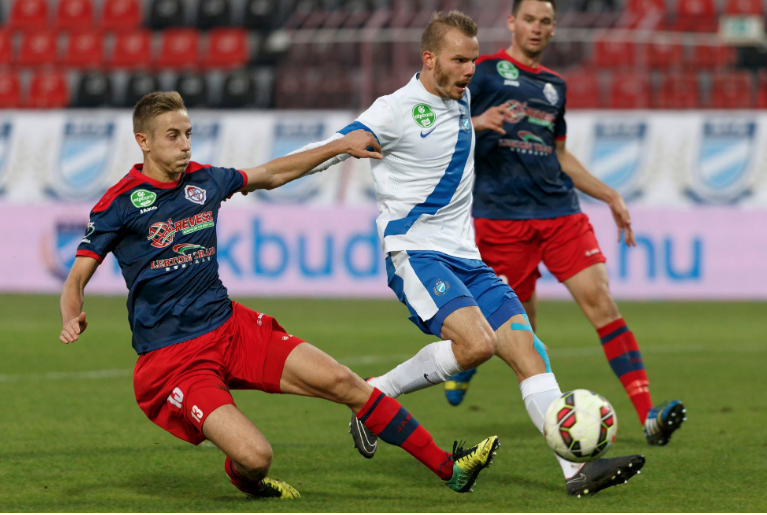 Strength and Conditioning: Elite athletes’ are extraordinary people that do superhuman things, right? A portion of this statement is correct, the other is debatable. Elite athletes often produce phenomenal standards in their chosen sports that are unfathomable to the average person, however despite what many may be inclined to believe these people are no more God’s gift to the world than anyone else. It’s the age-old debate that one needs to be born with specific characteristics to be successful in certain sports.

Sure particular genetic factors and characteristics may be more beneficial to performing in a certain sport, such as being taller and having a greater wingspan for basketball, but this does not mean one can’t make it in the NBA if they are not two meter’s tall. For instance, the shortest NBA player of all time was Tyrone “Muggsy” Bogues who stood a mere 1.61 meter’s (5 foot, 3 inches). To put that in perspective the average Australian male stands at 1.78 meter’s tall (5’9”), with the average female at 1.64 meter’s (5’4”) also being taller than Bogues. Yes there are many other physiological factors that come into being an elite athlete, such as speed, strength, power, endurance, and flexibility, but these are nothing that a well-structured strength and conditioning program can’t get up to scratch.

Inherently, many people are born with the same anthropometric (height and weight) and physiological characteristics as these so-called super-human athletes, meaning their potential to succeed is just as high. What really separates the best from the rest in terms of physical ability and performance are the endless hours of training and commitment, with many of the world’s top athletes constantly referring back to their strength and conditioning programs, whether that be in the gym, or on the track, court or playing field. Clearly there is a significant difference between elite and non-elite athletes regarding physiological and performance characteristics, which is why one is labeled as elite and the other isn’t, however most of this can be attributed to hard work and dedication to a long-term training program. This article will discuss the main characteristics of anaerobic and endurance based sports and touch on the type of training required to improve them, along with examples from some of the world’s best athletes.

These athletes include those involved in team sports such as football (soccer), hockey, rugby, basketball, netball, and many others. Any individual athletes involved in events that require short bursts of effort such as field events, sprinting events on the track, and tennis are also anaerobically based. The three most important characteristics that need to be developed for these types of sports include power, speed, and agility. All of these can be improved in the gym through a well-structured strength and conditioning training program implemented by a qualified coach. Countless exercises can be implemented to improve these physical characteristics, but it’s not just as simple as doing a few jump squats to improve power or bench press to improve strength. This may produce results at a non-elite level to a point, but once the athlete starts competing at higher levels the style, volume, and intensity of training also needs to be increased and adapted in order to reap the rewards and compete with the world’s best.

Take Roger Federer for example. Arguably the best tennis player of all time with 20 grand slams and the oldest player to be ranked number 1 in the world at the age of 36, it’s easy to forget the work he puts into conditioning his body and refining his skills. What many people don’t know is Roger Federer has worked with a strength and conditioning coach, Pierre Paganini, for over a decade. Paganini is the man behind all of Federer’s off court training, which at times makes up more than 10 hours a week of his total training time, and includes upper body strength, non-racket coordination exercises, cone drills, exercise bands, and weight training exercises. Federer also played 65 straight Grand Slam events without missing a single one through injury. When asked by New York Times if it was easier for Roger to stay healthy than his counterparts due to his genetic gifts Paganini responded by reinforcing the hard work Federer put into his training and staying healthy, and said this is why he has been successful for so long, not because he is necessarily genetically more gifted than other athletes.

There are many factors that need to be considered when implementing a strength and conditioning program such as knowing what exercises should be performed together and on separate days, when to include specific blocks of training throughout a season, and to also not overdo it and cause injury. This is where a qualified coach with professional knowledge is vital to the elite athlete. It allows them to work harder than their non-elite counterparts while also staying injury free.

This includes any sport where an effort is required for an extended period of time without tiring. Common sports include triathlons, distance running, ultra endurance cycling, and Nordic skiing. These athletes need to possess a high maximal oxygen uptake (VO2max), which is the rate at which their muscles can uptake and use oxygen; a high lactate threshold, which is the rate at which their body can use oxygen to remove lactate before it starts accumulating and fatigues them; a good economy of movement to conserve energy; and finally lower bodyweight and body fat percentages. The world’s best endurance athletes possess these characteristics in higher portions than the average person, and although genetic factors may influence to a point, these physiological factors can all be greatly increased by a well-structured strength and conditioning program.

The conditioning part of the program is the crux for any endurance athlete to improve their ability to uptake and use oxygen, and train muscles to cope at higher intensities. Simply the best endurance athletes train smarter and harder than any other and that’s why they are the best. Take the Kenyans and Ethiopians who have 84 of the top 100 world marathon rankings as an example. Most of their youth run to and from school everyday. How many kids do you see in Australia running to school? There is a running culture in East Africa, which is why they are so good. It is like Australia with rugby league or AFL, Australia has the largest participation numbers and highest accredited coaches in these sports, so it is no surprise they are ranked number one in the world. It is not because there is some superhuman gene embedded in Australians that allows them to become football God’s, it is just entrenched in their culture to play these sports.

Additionally, strength-training programs, regardless to what some may believe, are implemented by all world-class endurance athletes to improve their muscular strength, power, economy of movement, and to reduce the likelihood of injury. Studies have now shown overwhelming evidence that resistance training can significantly improve endurance performance, and without a structured weights program elite athletes wouldn’t reach their full potential, and world standards would be considerably lower.

Furthermore, you can look at the training of Mo Farah, back-to-back Olympic Gold medalist in the 5,000 and 10,000-meter events in London 2012 and Rio 2016. He is clearly more naturally talented and physiologically blessed to run distance on the track than any other person on this planet right? Why then was he running over 200 kilometres on the road, and a further 40-50 kilometres on a non-weight bearing water treadmill each week, all year round? In addition to pounding the pavement he was also lifting heavy weights twice a week, under the guidance of his coach Alberto Salazar. Farah was known for his lethal kick at the end of a race, this also wasn’t by chance. In his hardest weeks of training Mo Farah would introduce maximal speed efforts at the end of his interval or long tempo running workouts. Where 99.9 percent of people would be satisfied with the completion of a very hard main set or workout Mo would then use whatever little energy he had left to see what he could produce on a 400 and 100 metre effort, replicating the feeling he would get at the end of a race, and inevitably training himself to produce quick times in the moments where races are won.

Strength and Conditioning – Where to Now?

It is clear a well thought out and justified strength and conditioning program is vital and can often be the difference between going elite or stagnating at a particular level in one’s chosen sport. The best athletes aren’t just there by chance and one doesn’t have to be born with superhuman powers to be the best. It comes down to who is prepared to train the hardest and go beyond and above what everyone else is doing in their chosen discipline. However, and as touched on, training smart and knowing what to implement when is critical, and this is why all the worlds’ top athletes also have qualified coaches to program and oversee their sessions.

So, wondering what it takes to become a strength and conditioning expert, and how become a professional athlete or develop and coach the worlds best? Fit Education offers a Diploma of Sport , which covers all the knowledge required to develop and work with some of the world’s most elite athletes. For more information on this course visit https://fiteducation.edu.au/diploma-sport-development/ and begin your journey to the top now.

If you enjoyed this article try reading Darn Well Jogging Around, and 12 TIPS FOR SUCCESSFUL SPORT COACHING.