Let's get you enrolled. Please confirm you've completed the prerequisite Certificate III in Fitness course in order to proceed.

Iliotibial Band Syndrome – What is the Iliotibal Band?

The Iliotibial Band (ITB) is a band of collegen fibres that extend from the Tensor Fascia Lata (TFL) and Gluteus Maximus down over the knee joint to the tibia. This provides a brace that protects the knee from moving sideways.

What is the Syndrome?

Iliotibial Band Syndrome (ITBS) is simply chronic inflammation of the ITB that causes severe pain when walking and running. It is caused by repetitive friction of the ITB over the femoral epicondyle which irritates the fibres eventually leading to inflammation and pain.

Due to the overuse nature of the syndrome runners are most at risk of Iliotibial Band Syndrome (ITBS) followed by cyclists. Factors that are associated with ITBS are excessive running the same way around an oval, extra mileage than normal and down hill running.

The first sign of ITBS is knee pain, especially behind and the side of the knee, followed by inflammation. Flexibility and strength is also limited in the iliopsoas, rectus femoris and hip abductors.

There are four stages in treatment/ rehabilitation of  Iliotibial Band Syndrome.

The aim of this phase is to reduce the amount of inflammation using ice, non steroidal anti-inflammatory drugs and a reduction in exercise.

Once the inflammation has reduced, the next goal is to release the myofascial restrictions or return normal flexibility. This is done by doing ITB stretches and using the foam roller.

Once flexibility is retained it is time to strengthen and retrain the hip abductors (Glutues Medius) by doing resistance training. Check out the Monster Walk and Single Leg Squat as glute strengthening exercises.

Once strength has returned, the athlete can return to training but with a much smaller work load. Runners are also advised to avoid running down hill for the first 4 weeks of training.

Most athletes respond to this treatment, however if Iliotibial Band Syndrome (ITBS) persists there is a surgical option that decreases the amount of impingement of the ITB on the femoral epicondyle. 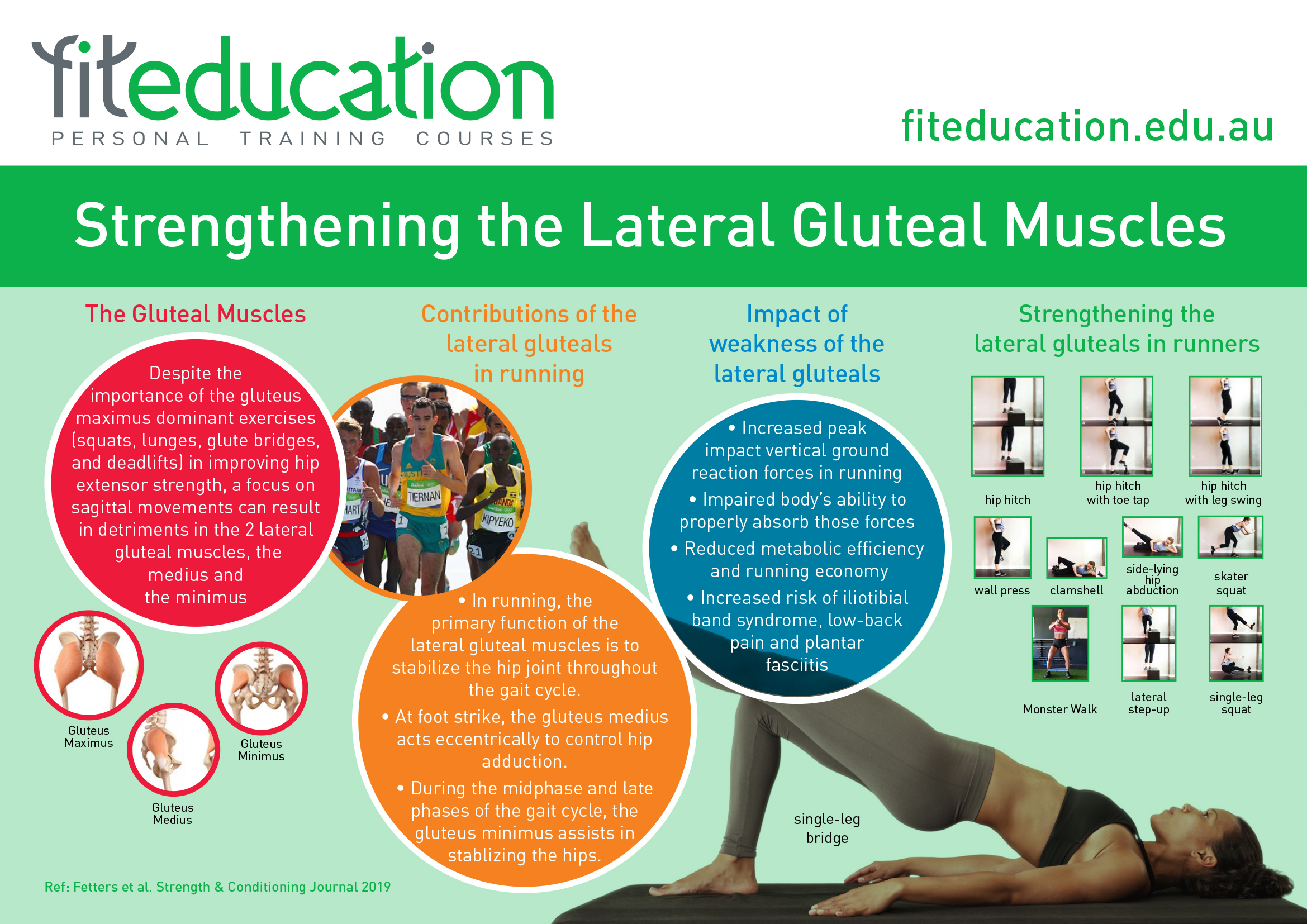 If you enjoyed this article, you may be interested in Youth Sport,  Programming for sports specific training, or Shoulder Injuries. Sports injuries are covered in more detail in the Diploma of Fitness.